Rane Seventy — The DJ Mixer the Seventy-Two Should Have Been 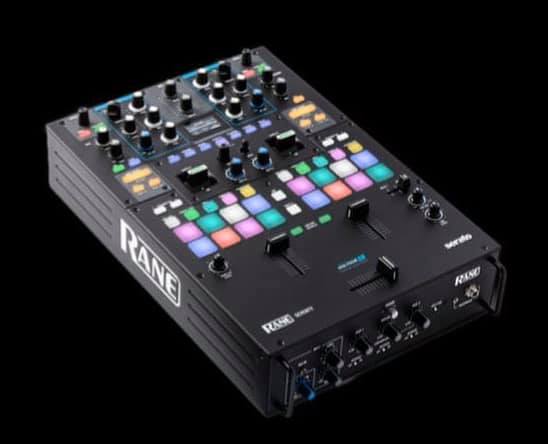 My History With Rane

I’m not sure if you know, but I was sponsored by Rane back when the TTM-56 came out. It cemented Rane as the go-to standard for scratch & battle DJs. Before that, Vestax had a strong control on the market with their PMC series.

When the Rane TTM-57 dropped with Serato inside it was life changing… one of the greatest 2 channel DJ mixers to ever exist. Next, I loved the Rane 62 like it was my baby. After so many Rane mixers in a row, I thought I’d never own a mixer that wasn’t a Rane.

To be fully transparent, I wasn’t initially excited when inMusic purchased Rane. Rane is known as much for their best-in-the-business support as for their rock solidly constructed products. As a one-time Rane sponsored DJ that also wrote reviews for an online DJ store Scratchattack (RIP to ZeeVee), I’d developed a personal relationship with the support staff at Rane, many of which were no longer needed after the merge.

I own plenty of products from inMusic’s other brands Akai, Alesis, M-Audio, Numark etc. My biggest complaint was that they didn’t fully update the 62 driver to work with Windows 10. I understand from a business perspective it doesn’t make sense to put resources into a discontinued product. Deep down I felt the original privately owned Rane company in Mukilteo would have done better by users of that mixer.

Still, I was excited when the Rane 72 came out. It had promise and lots of (too many) new features. I enjoy the mixer but there are many things I wish were different.

From the promos for the Rane 70 battle style 2 channel DJ mixer, from a design standpoint it looks like they took notes and so far got everything right. Everything I’ve complained about with the 72 has been updated and simplified. The biggest complaint I’ve heard across the board is the Seventy-Two is too complicated and takes 72 college degrees before you can learn it and feel comfortable. I’ve had it for over a year and still feel it takes too long to dial up certain basic effects.

I also own the Pioneer S9. Simplicity is the main thing the S9 has over the 72. The Rane 70 sets out to change that.

The new mixer still has all of the connections of the 72: 2 mic inputs, 2 usb inputs for laptops and 2 usb hubs for Rane 12’s, 1/4 inch booth out, XLR main outputs etc. Everything that you need is still available on the 70 mixer. It has a cleaner layout, and white around the knobs so you can easily see where the EQs are and separate them from the other controls in the dark.

The loop control also has dedicated buttons separate from the main pads (another place the S9 excels over the seventy-two)! In addition, the MAG4 crossfader is lighter and has external tension control, the two things I disliked about the MAG3.

The one thing that looks like it didn’t change is that the Rane 72 is a bit too large for my taste. A case to hold it and access the inputs on the back has to be deeper than most Technics 1200 cases set up battle style. If that’s the only thing they didn’t change I can live with that.

For the time being, I go back and forth between the Rane Seventy-Two and Pioneer S9 because I can’t determine which I truly like best. All these changes show me the inMusic owned Rane brand is truly listening to its audience, and that’s a great sign. I’m looking forward to getting my hands on the 70 mixer to find out if I’ll be a 100% proud Rane owner again.

PS: I mentioned my thoughts on Reddit and someone suggested one other feature they didn’t see, a dedicated effects channel for the sampler. I would love the ability to add a slight delay/echo to the sampler that matches current tempo of the music.

PPS: Since the Rane 70 released, Rane has also released the Rane 72 MKII. The second version of the mixer comes with three of the lighter MAG4 faders, external fader tension control and knobs that are easier to see in the dark. I’ve upgraded my 72 MK1 with glow in the dark aftermarket knobs and a new MAG4 crossfader. There are other software upgrades in the 72 MKII but they can be had on the original 72 via a firmware update.

Legendary DJ Craze Rocking a Dope Routine on the Rane 70